Back to 96fm.com.au
Playing Now: – Listen Live with iHeartRadio 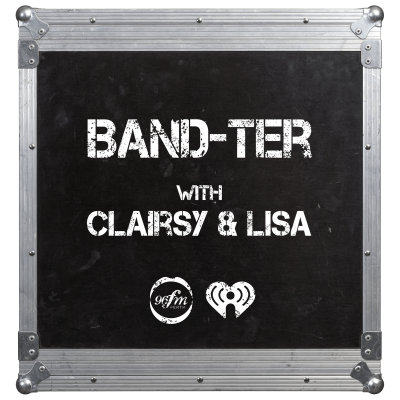 They're given a sealed envelope with a topic, no time to prepare and 5 minutes on the clock. This is Band-ter with Clairsy & Lisa.

They’re the British rock group who were among the most popular and influential bands of the 1960s and ’70s who rejected the cocky idealisation that so many bands indulged in (and still do). Instead, they delivered their themes of alienation, uncertainty and frustration with power chords...and howling feedback. Who are they? The Who, indeed.

It’s been 40 years since they first performed and it's not hard to see why the band are so beloved, enduring and straight-up legendary. Their live shows are played with more energy than bands half their age and their songs, described as ‘inventive and lyrically smart’, earned them a well-deserved place in the ARIA Hall of Fame. And honestly, the Aussie music landscape wouldn’t be the same without them. Join Clairsy & Lisa for some hot sake in our living room as we Band-ter over the Hoodoo Gurus.